Welcome to AZ Fear, the premier club in AZ for Boy's Volleyball. We are focused solely on the growth and development of BOYS volleyball in AZ, as we do not have a girls side of the club. we are very excited about some new upgrades and additions this season. We have added some new staff and added more opportunities for travel for various teams. This page should help to break down information for the Fall Season Tryout, and help with most of the questions you might have for the upcoming season. There will also be an opportunity to register in advance at the bottom of the page. We are looking forward to another great year at AZ Fear, and look forward to some great things happening for Arizona volleyball.
**A PARENT MUST BE PRESENT AT TRYOUTS**
Tryout times will be staggered, in order to help for a smooth transition and registration. Teams will be forming throughout tryouts, and parent meetings will be taking place. Parents, also please bring a form of payment, whether that is check, card, or cash.

Below you will see our list of elite coaches on staff, each with a number of accomplishments.

Our coaching staff has included the top high school coaches in AZ &  CA, including some division i & nail schools, and players who have competed at the collegiate or professional level. Many of our coaches on staff have coached multiple teams to medals in the national championships,  won state championships, runners-up, and final fours. 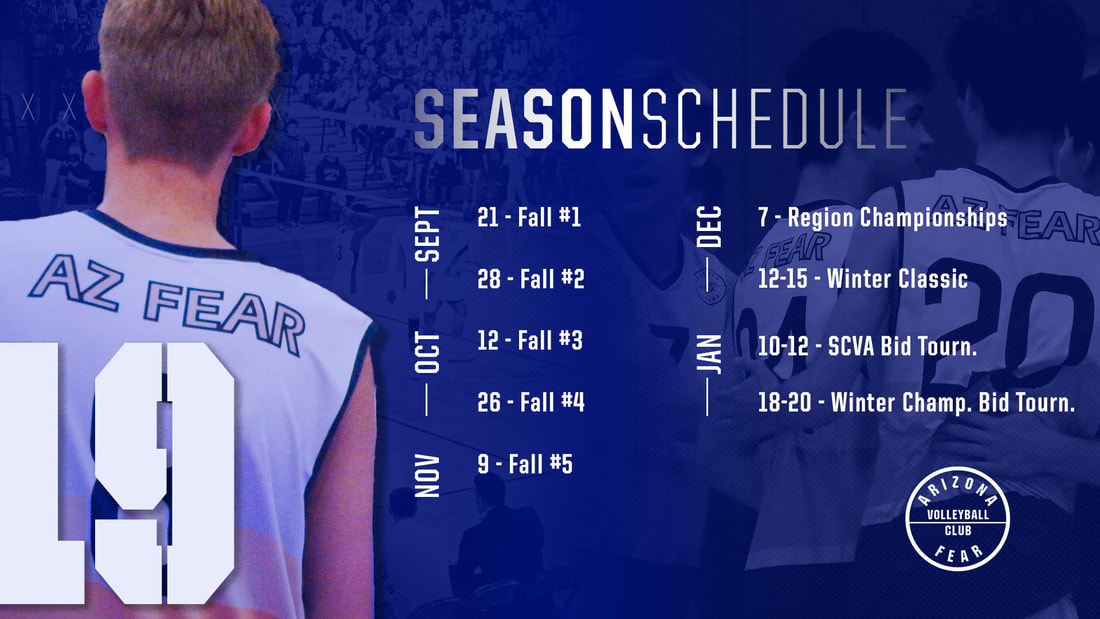 There is a nonrefundable $10.00 tryout fee.  If your son makes a team there will be a startup fee due on August 17th.  By committing to AZ Fear at tryouts, you are committing to the entire fall season, which includes all club fees for the entire fall season that will be detailed in your season contract. For full pricing details and payment plans, please email us at azfear@gmail.com, or call Troy Dueling at (623)262-0276.

Please print, fill out, and bring the following forms with you to tryouts

Arizona Fear is moving forward with Adidas as the uniform this year. All players will receive two jerseys, one long sleeve warmup, two  pair of shorts, and one backpack.

Please feel free to contact us if you have any questions or concerns. We can be reached by email at azfear@gmail.com, or call Troy Dueling at 623-262-0276